Written by Andy Campbell
Updated over a week ago

ARMS allows you to manually set the "A" on your squad list to denote that a Student-Athlete was added to the roster after the first competition/initial roster certification of the academic year.

To denote on the squad list that the SA was "Added," go into their profile, click into the details of the Roster & Eligibility Status Widget, and check the box for "Added to Team (CA Status)." 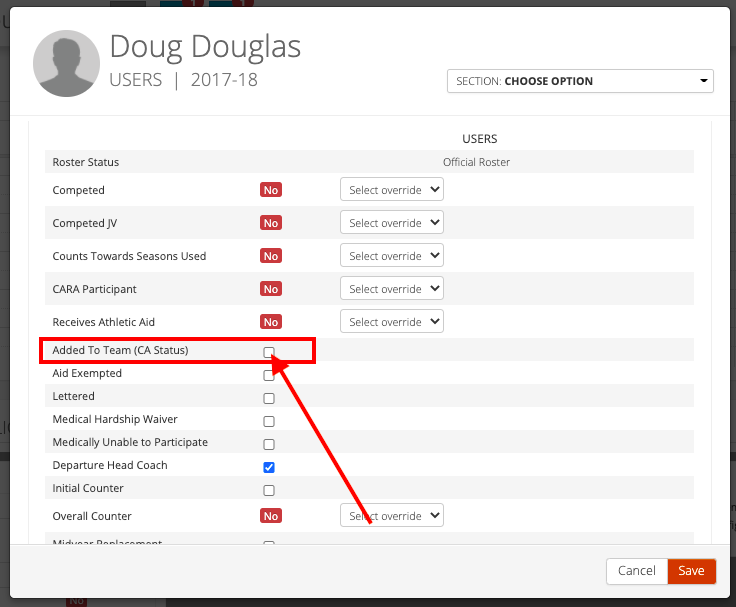 Checking this box updates the Student-Athlete's "Reason" column in the Squad List to "A."

Checking this box will also open up a date field. Select the date that the Student-Athlete was added to this roster, and that date will be reflected on the squad list next to the "Reason" code of "A."